Aeration and Verticutting are two critically important procedures in the turf industry. Stakeholders for whom the procedures are most important might include owners and managers of any athletic or sporting venue such as golf courses, high school athletics fields, private football fields, polo fields, rugby fields, soccer pitches, baseball outfields etc. Other large scale turf operations could be public parks, housing communities and residential planners.

Large scale operations would obviously have the largest monetary interest in turf care and management procedures like Aeration and Vericutting, but they are not exclusive and can impact anyone with grass, really. So it is important to know the purpose and differences between the two. Let’s take a minute to give you a run-down on the two procedures so you’ll have no question about which procedure is right for you. We’ll start with Aeration. 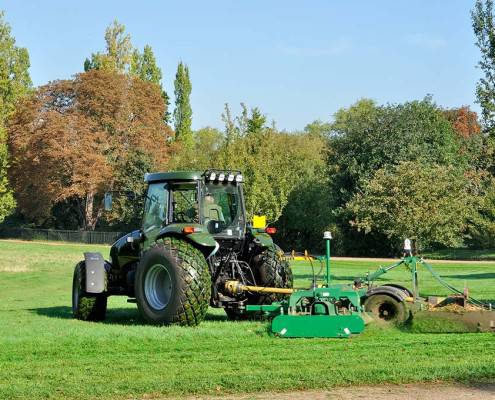 Aeration, often called core aeration is the process by which a machine is either dragged or pushed above the turf, and as it turns another rotating mechanism actually probes the soil and pulls out hundreds of cores in an even and consistent manor over the entire area. The purpose for this is to essentially give the grass roots room to breathe. After a few years the soil around roots becomes compacted and causes multiple hardships for the plants by making it difficult to absorb moisture, transpire, absorb essential nutrients, establish roots and providing a shelter for pest insects and fungus. By aerating you’ll allow the grass roots which naturally need unlimited space since they are rhizomes to grow freely, and consequently you’ll have turf that is more established and eventually need less management.

On the other side of aeration is verticutting. This process is similar to aeration in that a verticutter digs into established turf, but the main difference is that this process is required to remove an organic build up called thatch. Thatch is just old dead grass that builds up and compacts on the soil surface. Thatch causes a lot of the same problems associated with those mentioned above, but aerating won’t treat a thatch issue as well as vericutting. Another function of verticutting is preparation for over-seeding. Over-seeding may sound bad, but the “over” part is simply referring to broadcasting seed over the soil surface (after a good verticutting of course). When an area receives verticutting a verticutter is essentially dragged along the surface and creates hundreds of little rows. You could compare it to the way a farmer will dig rows for some crops, but on a much smaller level. Verticutters break up the thatch problem, but it also gives a slight aeration and the valleys of the rows allow water to travel and set into soil instead of evaporating on top of old organic matter. Typically someone will need a verticutter when their turf is in need of a reseed, or have a large thatch problem.

We hope this helps a bit! It’s critical to turf owners of any sort to not only know the difference between these processes, but to know when and why to use them. A quick way to remember is aerating is to help establish smaller plants, verticutting is to maintain and reseed established turfs. See you soon! 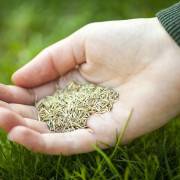 Overseeding? Verticutter? Slit-Seeding? Slice Seeder? What to do!? 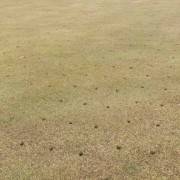 Improve Your Turf with Core Aeration 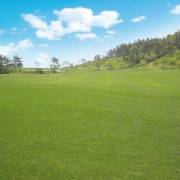 Verticutting: What Is It And Why Do You Need It?

Verticutting: What Is It And Why Do You Need It?

Ridding Your Golf Course of Moles