Late winter and early spring growing conditions are a bad time for standard field maintenance practices. That means gearing up for 2015 winter maintenance should happen now. As with most things in life, the best way to approach the problem is with a plan. In this case, a Winter Field Maintenance Plan or WMP.

The best time to formulate a WMP is in the fall because your standard field maintenance care strategy during the winter is as effective as seeding arid soil. Scheduling field maintenance sufficiently early is critical to maintaining turf quality for next season’s games.

Here are six tried and tested methods to incorporate in a WMP that would make gearing up for 2015 winter maintenance less of a headache. 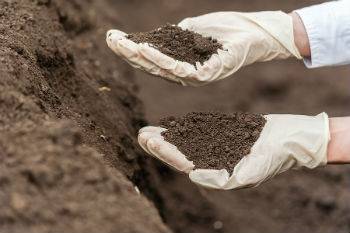 Cool season grasses need sufficient fertilizing during the fall period to maintain healthy growth and to enable recovery from wear. Proper fertilization increases a turf’s chance during the winter by keeping a healthy amount of turf cover intact.

Commonwealth Sports Turf Services suggest a properly executed soil study before developing a fertilization program. The study determines the nutrient composition of the underlying growing medium and provides an analysis of where the soil deficiencies lie.

When we undertake a soil study, we produce a discovery document that shows through graphical representation the state of the tested soil and what it needs and how much. For optimum results, an annual study is needed to continuously monitor your soil integrity.

Periodic core aeration on heavily-trafficked areas during the optimum growth stage is essential. The reason for this is that core cultivation relieves severe soil compaction which in turn prevents damage to the soil profile, like hardening the playing surface. It also ensures more water and oxygen and nutrients are absorbed by the root zone.

Mixing soil with thatch allows for speedy breakdown of organic matter, but before applying topdressing, core-redistribution via turf sweeper would help redistribute cores into problem areas and because they are packed with viable nutrients and roots, they should begin growing immediately.

Thatch builds up over time and prevents oxygen and nutrients from reaching the roots. By removing thatch, space is made for grass to grow properly and increases drainage potential.

Once you’ve removed excess thatch, Commonwealth Sports Turf Services recommend you use a VersaVac machine to vacuum the playing surface so that all debris is removed.

Plants growing from seed in the fall commonly have a more mature root and shoot system. That is, of course, before the onslaught of summer pests and environmental stresses. Still, maintaining your turf’s integrity, especially under heavy traffic, is a challenge.

One strategy being used with much success is seed banking, i.e. applying seed routinely throughout the fall playing season. It not only helps your turf maintains its green cover during the playing season but also helps with recovery off-season.

Turf Blankets can extend color and playability of turf to at least six weeks in the fall and is an important field maintenance strategy. It enhances seedling development and sod-rooting on newly planted fields during the winter and protect turf grasses from frost damage. You should be mindful, though, of warm-season diseases like Rhizoctonia blight that could develop under a turf blanket during the winter.

No plan is foolproof of course, but with a bit of effort and attention to detail, a maintenance plan will ensure your sports field remains healthy and beautiful during the winter.