Groundskeepers must Strive for Peak Irrigation Efficiency for Turfgrass

There is science behind turfgrass irrigation. However, before we discuss about peak irrigation efficiency, it is important you understand the factors that can affect the irrigation program.

Like majority of plants, turfgrass too absorbs water mainly through its root system. After using the water, the remaining (which forms the majority) is released into the atmosphere through transpiration. The growth of turfgrass is adversely affected if transpiration is higher than absorption of water. Transpiration in turfgrass is dependent on temperature, wind, humidity and light. Hence, to plan an efficient irrigation program, groundskeepers have to take into consideration these factors. 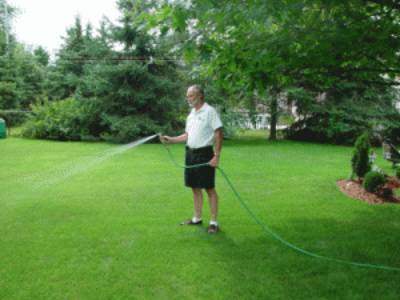 If your irrigation program for turfgrass is inefficient, it will result in wastage of water which is a cause for concern. In addition, it makes the turf more prone to weeds and diseases. Inefficient irrigation programs can also make other management practices, such as fertilization, mowing, verticutting, pest control and aeration, less effective.

In Richmond, VA, the soil conditions are diverse even if climatic factors are the same. Also, Hence, a single recommendation for an efficient irrigation program for turfgrass is next to impossible. Groundskeepers have to customize the program based on the soil and climatic conditions, the use of the turf and the kind of turf.

To strive for peak irrigation efficiency for turfgrass, groundskeepers would have to resort to the following:

Irrigation efficiency for turf is governed by several factors. It is important for groundskeepers to have complete understanding of the relationship between soil, turf and water to create an efficient and effective irrigation program. As a groundskeeper, you should be well-versed in the following: