Why is the turfgrass important? To whom its essence is effective? What are the tiny root-feeding insects which infect the turfgrasses?

The value of the turfgrass cannot be overemphasized. It is effective in various ways by various kinds of persons. For homeowners, it is used to beautify home lawns. For golf course owners, it specifically provides golf sport surfaces on athletic fields and recreational fields. For those who want to gain economically, like the seed and solid producers, landscapers and law care operators, the use of the turfgrass is an answer to achieving their desired gain.

It is not only important to know the uses of the turfgrass. It needs to deal with an issue which pertains to keeping it healthy, pristine and pest-free. This is true with some of the underlying benefits of the turfgrass to golf course owners, business owners, and even to school athletic departments.

In turf it is also equally important to find out the kind of insects which generally can cause its aesthetic and economic loss and is responsible for producing diseases. 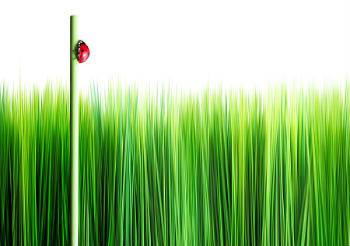 Among the common pests which generally infect turfgrasses are: grubs, ants and chinch bugs. Each of the insect has its own characteristics which makes the differences of the way it takes hold in turf. Moving too close to turf makes the ants as enemies of the turfgrass. The way they move makes them easier to be spotted. They have the ability to take hold in turf. Grubs are commonly attached to the roots of the turf. The turf turns into a bluish color once the grub becomes the reason or symptom of an infestation of the grub.With the sucking of the nutrients out of the turf by the chinch bugs, it leads to infestation of a poison.

With the bad effects of these kinds of pests, the proper care is essential to avoid the diseases and pests from taking the root. Recognizing the importance of maintaining the turfgrass in its healthy state, there have been proven methods such as the aeration, the top dressing, and the verticutting.

Aeration is an effective method of maintaining healthy because its process is manifested by how the air, water, and nutrients are absorbed through the roots. With the aeration process, the small holes are distinctly perforated in turf. The best time to do this is during growing season, the period with which the turf is proven to have healed faster. The areas of the turf which are repairable will absorb the cores. Such cores contain the needed valuable contents. This process is done after the aeration.

Dressing is the process by which it is permitted to add soil to the turf. The effect of which is the erosion and reduction of the compaction in some areas of turf.

Verticutting is a process of removing the hatch which is built up through turf mowing. To prevent the ants and other kinds of pests from taking hold on the turf, it is essential to have a proper care of the lawn. Before the growing season is the ideal period to perform the verticutting once a year.

Spring is Around the Corner: Preparing Baseball Fields