Blog - Latest News
You are here: Home1 / Sports Turf2 / The Truth About Turf During a Hard Freeze

Frost is an intense force of nature. We are used to seeing and playing sports on lush green lawns in the spring, summer and fall, but frigid winter temperatures can be a challenge for even the most experienced and dedicated turf manager. Frostkill is a big problem for golf course and football field managers, but fortunately, there are ways to fight against it.

What To Expect During a Hard Freeze

It is perfectly normal for grasses, even those that are well acclimated to cold temperatures, to slow down growth in the winter, even in ideal conditions. It is typical to be able to go weeks between mowings.

So why does frost damage happen? Frost damage happens primarily because ice crystals form and break membranes in the cells, leading to dehydration and general cell damage. Additionally, frost damage is caused by the slowing down of photosynthesis, which leads to the grass not being able to generate enough food for itself. The activity of many enzymes slows down, which means that many processes are compromised. Some grasses are more sensitive to frost than others because those grasses lack the frost-resistance genes needed to survive harsh winter temperatures.

Ways To Fight Against Hard Freeze

So how does one fight against the effects of hard frost? There are several ways. One of the most reliable ways is choosing a species of grass that tolerates cold well and then building up its cold tolerance by exposing it to less cold temperatures. Turf grass species can be divided into two groups: warm-season grasses and cold-season grasses. Warm-season grasses include species such as bermudagrass, zoysiagrass and centipedegrass. Those grasses grow best at temperatures ranging from 80-95F and are often grown in climates similar to those of Texas and Georgia. Cold season grasses grow best at temperatures ranging from 65-75F; however, that does not mean that all cold season grasses can tolerate intense cold temperatures. Ryegrass, for example, does not tolerate extremely cold winters. On the other hand, grass species such as Kentucky blue grass and fine fescue can tolerate very low temperatures if they are cold acclimated first. For example, wintergreen grass can tolerate temperatures as low as -16F if it is first exposed to temperatures at the low 40s and high 30s for six weeks.

So how to acclimate grass to the cold? If temperatures are not in the low 40s-high 30s range, synthetic covers can be used to keep the crown level temperatures more stable. Some fields have underground heating pipes installed and these pipes can also be used for temperature control. Using cold-season grasses and then acclimating them to the cold, however, is a more efficient strategy than just using turf covers and heating elements.

Different substances can help a grass’s frost tolerance, depending on how and when it is applied. Iron solution is known to help the cold tolerance of most grasses. Nitrogen can also help, depending on when it is applied. Applying nitrogen during the fall is a bad idea, except in early September, when it helps strengthen the grass, and in very late fall, when it often increases the spring growing period. Applying pot ash to your lawn is also a good way to strengthen grass before the winter season.

Thoroughly watering your lawn in the weeks leading up to the cold season is also helpful because it encourages downward growth of roots, which makes grass more hardy.

Even with the hardiest grass, it is important to prevent ice from glazing the turf – solid ice makes grass even colder than freezing air does, and it keeps the grass from breathing.

If your lawn has already suffered damage, recovery is still possible, though you may have to wait until spring for full recovery. A damaged lawn requires extra care: watering and fertilization (low on nitrogen while winter temperatures persist).

The truth about turf during a hard freeze is that it is fragile – but with the right care and preparation, grass can stay healthy and green through winter and beyond. 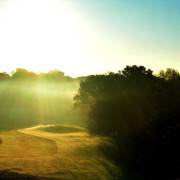 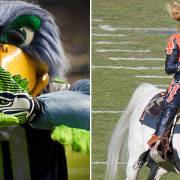