What Are Green Turfs?

While talking about green turf, first let the word be a bit more understandable. Green turf grass is nothing but a lawn gardening or landscaping grass used on a particular area which in contrast to ornamental grasses are smaller in proportion.

The green turf is usually used to soften the playgrounds for sporting events to take place primarily apart from being used as a material to decorate the lawns and gardens as well.

The Various Aspects of Putting Green Turf Into Use 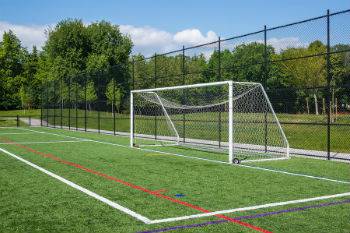 While the uses of the green turf are immense including their usage in the terms of sports field as well as in various organizations where the usage of green turf can be made to beautify the lawns and the outdoors, these can also be considered by officials of various government organizations who finds it difficult to maintain the natural grass grounds all over the region. In a place such as Virginia, the usage of these have increased manifold over the years and thus a lot of companies have emerged in giving special services to the customers in giving them the best of putting green turf services according to the affordability and choice.

The Uses of Green Turf in Terms of Sports

As discussed above, these days putting green turf as a base for varied sports events are in vogue and thus, there are various kinds of advantages associated with various games that they are used in. Some of the major sports in which green turfs are used are discussed below.

The Uses of Green Turf in County Parks

The uses of putting green turf is not limited to sports filed only. It can be also be considered for the county parks which makes the residents feel great with the experience, and climatic ease factors too.

Gearing up for 2015 Winter Maintenance